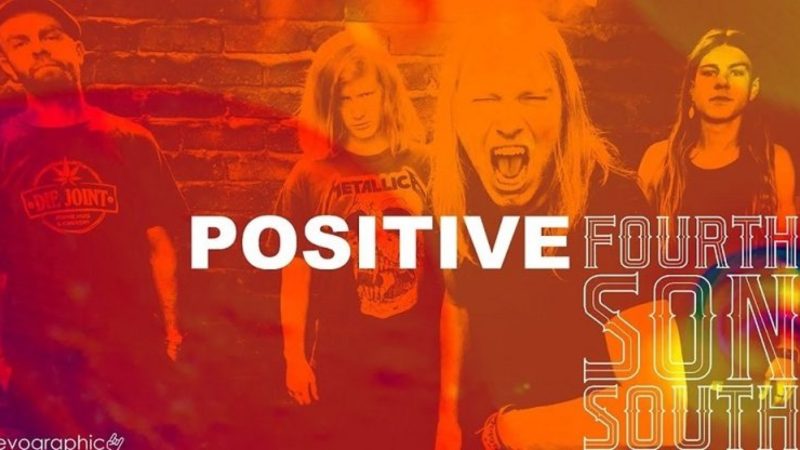 Following closely on the heels of their recent single They Run, We Hide, South African Overdrive Rockers Fourth Son South are back with an inspiring and motivational track titled ‘Positive‘ (the second single from their latest album The Sounds Around Your Head – released in August 2020).

Originally written as a homage to a great relationship, the track and video are also aimed as motivation to stay Positive in these challenging times, as together we can conquer all! With Positive thinking and caring support for each other, anything is possible and love conquers all!

Watch the video for ‘Positive’ below

Fourth Son South is a fresh band from South Africa, albeit far from new, as the members all have heaps of experience. The band was formed by Dutch born Peter Toussaint, a maestro on guitar. After bringing out his solo album One Day in 2018, Peter brought together bass player Franco Jamneck and drummer Carel Viljoen.

As a three piece they toured for a while under the name Peter T Band. At the end of 2019, the band recorded their first EP called Another Mile under the name Fourth Son South. This was released in April 2020, just as the world turned to lockdown with Covid-19.

During lockdown, Peter wrote and recorded a bunch of songs that now form the basis of their first full length album titled The Sounds Around Your Head. Fourth Son South also recruited guitarist Dale McHardy to perfect the live sound.

‘The Sounds around your Head’ is available on all Streaming Platforms